My six months at The Armitt 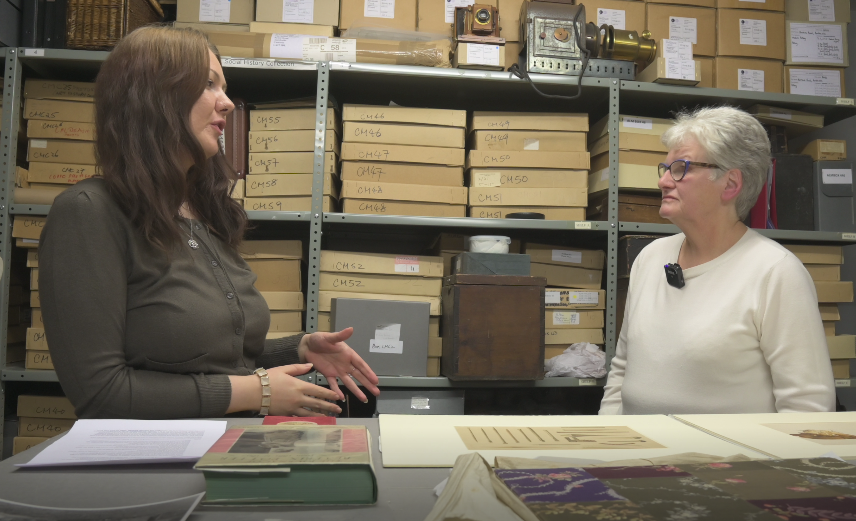 My six months at The Armitt – by Kate Bleckly

After six short months, my time as Events and Activity Assistant here at The Armitt museum has come to an end. I can’t even begin to explain how valuable this experience has been for me and how grateful I am that I was given the opportunity to work in such a fantastic local museum.

When I was offered the position as part of the Kickstart scheme, I was in a low place. I’d just been made redundant from my previous job and was feeling confused and anxious about where I could go next, alongside all the other worries that come with losing your job unexpectedly. By some stroke of luck, one of the brilliant staff members at the Kendal jobcentre overheard me talking about how much I loved museums and said that I should come in for an interview the following week for a position at The Armitt. I wasn’t sure what to expect, but I’m so glad I went for it!
During my time at The Armitt, I’ve been lucky enough to work with a passionate team of staff, trustees and volunteers who genuinely care about the museum reaching its full potential and sharing The Armitt’s important collections with the public as much as they possibly can. In such a short period of time, I’ve come to care about these collections fiercely.
Just some of the things I’ve been able to support on are:

Putting in motion an “Object Spotlight” series where staff members and volunteers can share a little bit about their favourite objects or unusual finds in the museum, as well as the ones that bring them the most joy.

Being involved in the virtual Behind the Scenes talks, all of which will soon be available on our Youtube channel. These have been fascinating as I’ve not only had the chance to talk with some extremely knowledgeable and interesting speakers but have also hopefully been able to shed more light on what is hidden behind The Armitt’s displays.

Working on ‘The Pull of the Fells’, The Armitt’s current exhibition. This allowed me the opportunity to create an events program that matched the feeling of the exhibition and put across the important message that we wanted to communicate – that the outdoors has an unavoidable impact on our mental health and state of well-being and being unable to access such a vital part of the human experience can change us fundamentally. It was great to be able to advocate for the artists, social media influencers, researchers, sportspeople, rescue teams and charities alike who have such a big impact on our local community and I want to thank everyone who has taken part and will take part in this year’s events program for their generosity and hard work, as well as all of those who have attended and will attend these events for their support.
Plus, I’ve always been passionate about making heritage accessible and interesting for the younger generation, and I hope I have been able to achieve this goal with not only the children’s trail that I’ve produced to go alongside our exhibition but with the educational offer that I have been developing with volunteer Andrea. These workshops, which will hopefully be available soon for schools, are intended to highlight the unique nature of The Armitt’s collections and inspire more interest and awareness in local history.

Being Events and Activity Assistant at The Armitt has not only allowed me to gain valuable experience and skills in the context of the museum but also elsewhere – I have completed two work shadowing days at Carlisle Archives and The Wordsworth in Grasmere. This has opened me up to experiences and connections I might not have been able to have otherwise, such as working with paper archives, researching unknown artworks and having discussions with other heritage professionals to work out how we can best utilise our individual locations.

In conclusion, the last six months have been invaluable for me, and I now feel more confident than ever that I want to continue working in museums and heritage going forward. I’d like to thank Faye, the manager and curator, for her continued support and guidance, as well as the rest of the team, volunteers and trustees. I hope all visitors continue to enjoy the museum and the events The Armitt has in store for the future.

The Armitt is closed during January and early February to undertake installation works for new exhibitions in 2023. We look forward to welcoming visitors back when we reopen around February half term.*2023 REOPENING DATE COMING SOON

Thank you - You have successfully subscribed