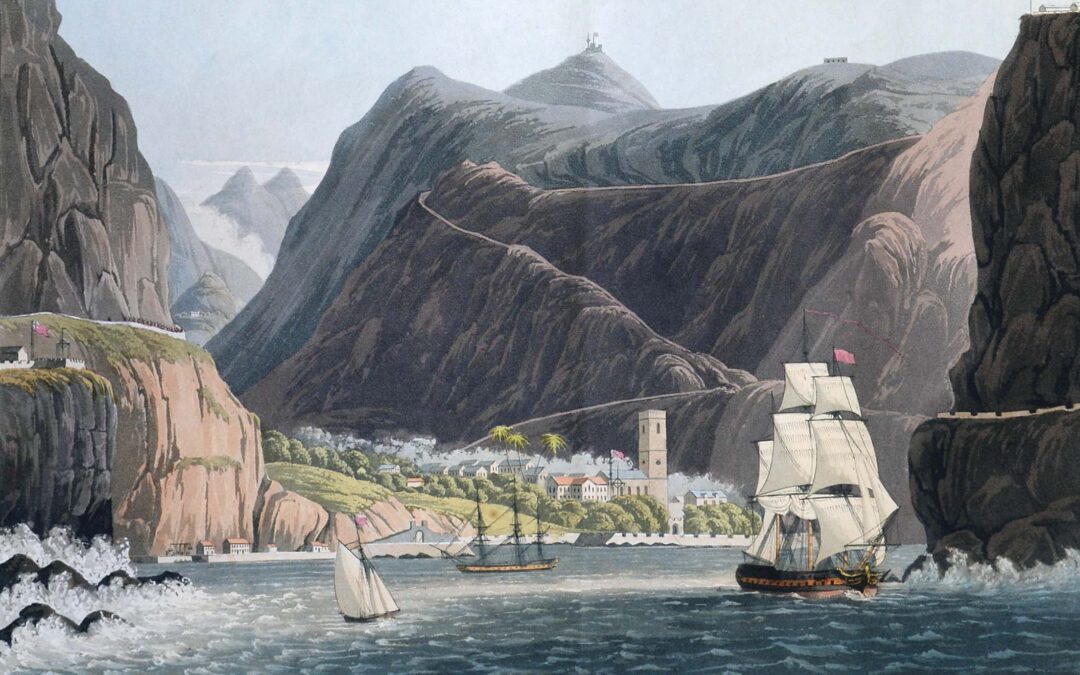 What connection does the island of St Helena and Napoleon have with Bowness and Windermere? The answer lies in a book recently acquired by The Armitt.

Presented anonymously, the book “Views in St Helena” was written and illustrated by local man George Hutchins Bellasis in 1815. Bellasis (1778-1822) was born in Bowness and is buried in Windermere. After studying at Oxford University, he joined the army and went to India in 1801, where he met Arthur Wellesley, later the Duke of Wellington. Bellasis returned from India in 1804, stopping on the journey at St Helena, where he stayed for eight months. Because of its remote location in the middle of the South Atlantic, St Helena was chosen in 1815 as the place of exile for the defeated French Emperor Napoleon. Bellasis decided to cash in on the fame of the island, which had become “an object of interest to the whole world”, by producing this now rare book. It was dedicated to the Duke of Wellington “for restoring the peace and liberties of Europe”. Expensively published in London with six large colour prints after drawings by Bellasis, the list of subscribers at the front of the book reads like a ‘Who’s Who’ of Lake District dignitaries.

Faye Morrissey, the Armitt’s Manager & Curator, has said, “We are delighted to receive this important piece of local history. The book shows how, more than 200 years ago, the influence of the Lake District had an international appeal.”

This acquisition comes shortly after the announcement of the hope to also acquire a watercolour by Francis Towne. Donations are still being sought to help the museum purchase this piece.