Is this the earliest picture of Grange-over-Sands? 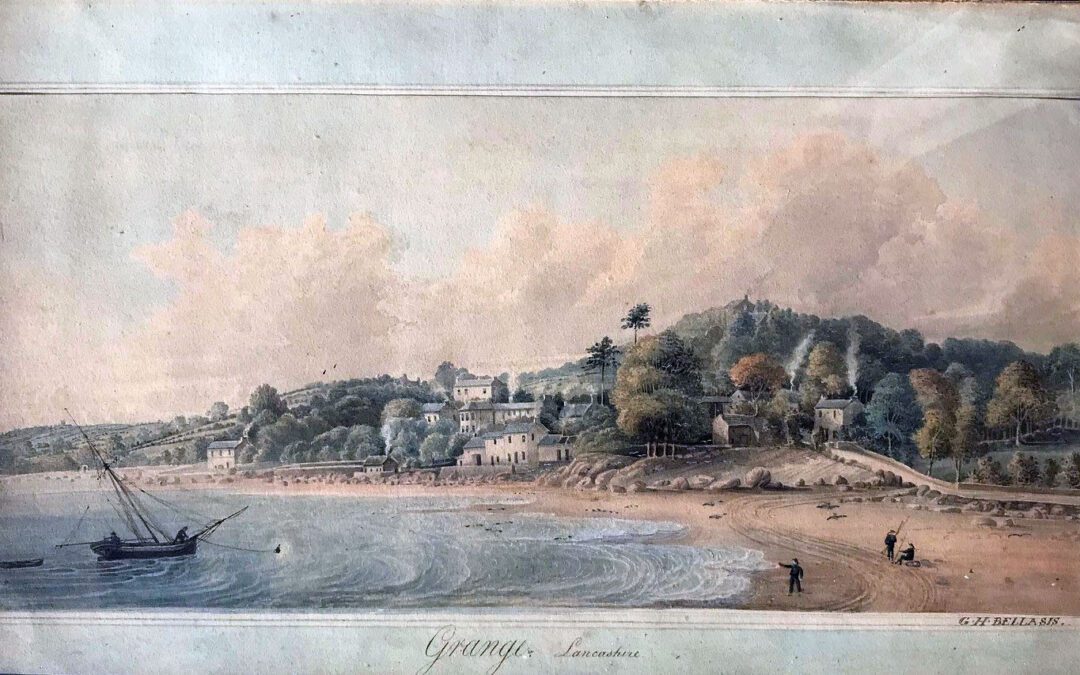 In August 2021, a rare 1815 book entitled ‘Views of St Helena’ by George Hutchins Bellasis was given to The Armitt. Since then, Tony Lonton, Trustee of The Armitt, has become fascinated with the artist and his works, particularly of the local area. Tony writes the following as a short introduction to his research and intends to produce future articles with more information in upcoming months.

George Hutchins Bellasis came from a prominent military family in Bombay. He joined the army there in 1801. Illness forced his return to England. He was ill on the return voyage, disembarked at St Helena, and stayed there for 8 months. He reached England in 1805, married Charlotte Maude of Kendal, and subsequently lived in Bowness. George was a competent but unrecorded artist.

Detailed research located a descendant who had inherited a family archive. She kindly offered several watercolours of Cumbria to The Armitt, including the illustrated picture by George of Grange-over-Sands, which dates from between 1805 and his death in 1822.

Nick Thorne, who instigated the internet site, Grange Over Sands History which includes historic images of Grange, agrees that this is possibly the earliest known depiction of Grange. The viewpoint is near Blawith rocks. Does the road to the right lead to Holme Island, and the wheel tracks in the sand to the bay crossing? The view differs greatly from today because of the railway (1857), promenade (c. 1904) and spartina grass (c. 1970). The station site is near the centre of the picture. The Armitt Museum intends to exhibit Bellasis material in future years.