Born in Hanover in 1887, Kurt Schwitters studied art at Dresden, but it was not until the Dada movement of 1916 that he finally liberated himself from conventional art. Schwitters took from Dada the freedom to use what materials he wanted to in his pictorial compositions. He used bits of rubbish, bits society throws away, and by using litter from the gutter he challenged our value systems. He was a man with extraordinary imagination. It could be said that after his death, Merz inspired the Pop Art movement of the 1950s/1960s.

“I know for sure that a great day will come for myself and for other important individuals of the abstract movement when we shall influence a whole generation, only I fear that I personally will not live to see the day.”

Not only did Schwitters paint his Merz collages, and work on the sculpture, but he also wrote and performed his abstract poems, sounds without words. These became popular and Schwitters became quite a cabaret artist.

A mention should be made of the interest Schwitters always had in typography, and this enthusiasm led to him setting up his own advertising agency which proved financially successful.

Hitler came to power in 1933 and many artists, Jews and non-Jews fled Germany. In 1937 for a variety of compelling reasons, Schwitters left Hanover for Norway, never to return to his home again. The Norwegian experience was mixed, but while there he started his second Merzbau. In 1940, Schwitters and his son fled to Britain where they were both interned on the Isle of Man. Afterwards Schwitters lived in London until the end of the war in 1945, when he moved to Ambleside where he remained until his death in poverty and obscurity in 1948.

Schwitters never received the recognition in Britain he had enjoyed in Europe, and his art did not sell. However, in 1947 he was fortunate enough to start his third Merzbau in a barn in Elterwater. Regrettably only a fragment was completed before his death, and this small monument to his genius can now be seen in the Hatton Gallery, Newcastle.

The Armitt has an extensive collection of books, biographies, catalogues, and newspaper cuttings on the life of Kurt Schwitters, and this will provide students of the artist with a most valuable resource.

‘We keep right on playing until death comes for us. I have so little time.” – Kurt Schwitters

To discover more on Kurt Schwitters see these resources:

‘My name is Kurt Schwitters. . . I am a painter and I nail my pictures together.’

This is a very unusual artwork, which currently resides at the Armitt Museum in Ambleside, it is made from found pieces of wood, by an artist who was barely known in Britain at the time of his death in 1948, yet the artist Kurt Schwitters was to become one of the most influential artists of the twentieth century. But how did this painting, or is it an assemblage, get here and what is its significance?

This assemblage was created whilst Kurt Schwitters was living at Ambleside. It is an organic piece inspired by the materials and landscapes surrounding him. A simple twig, nailed to a piece of wood, on a wooden background painted in muted tones is representative of the scenery in which Schwitters was living. 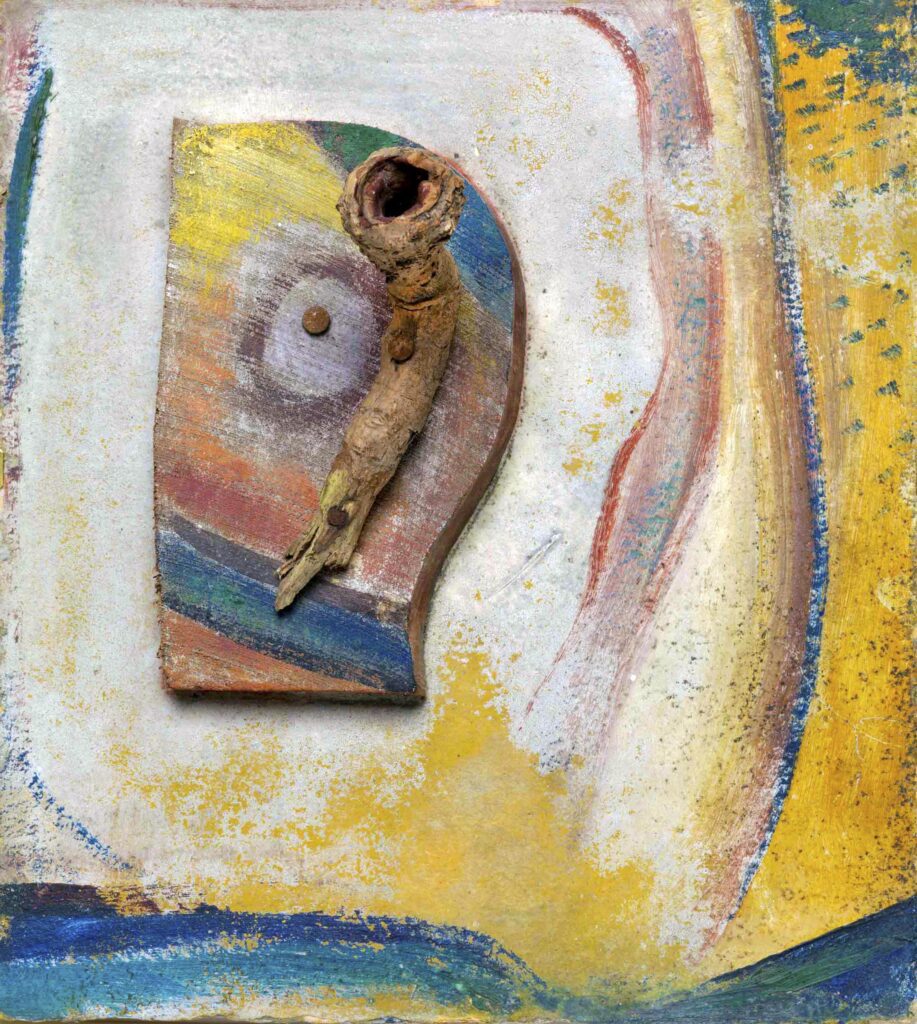 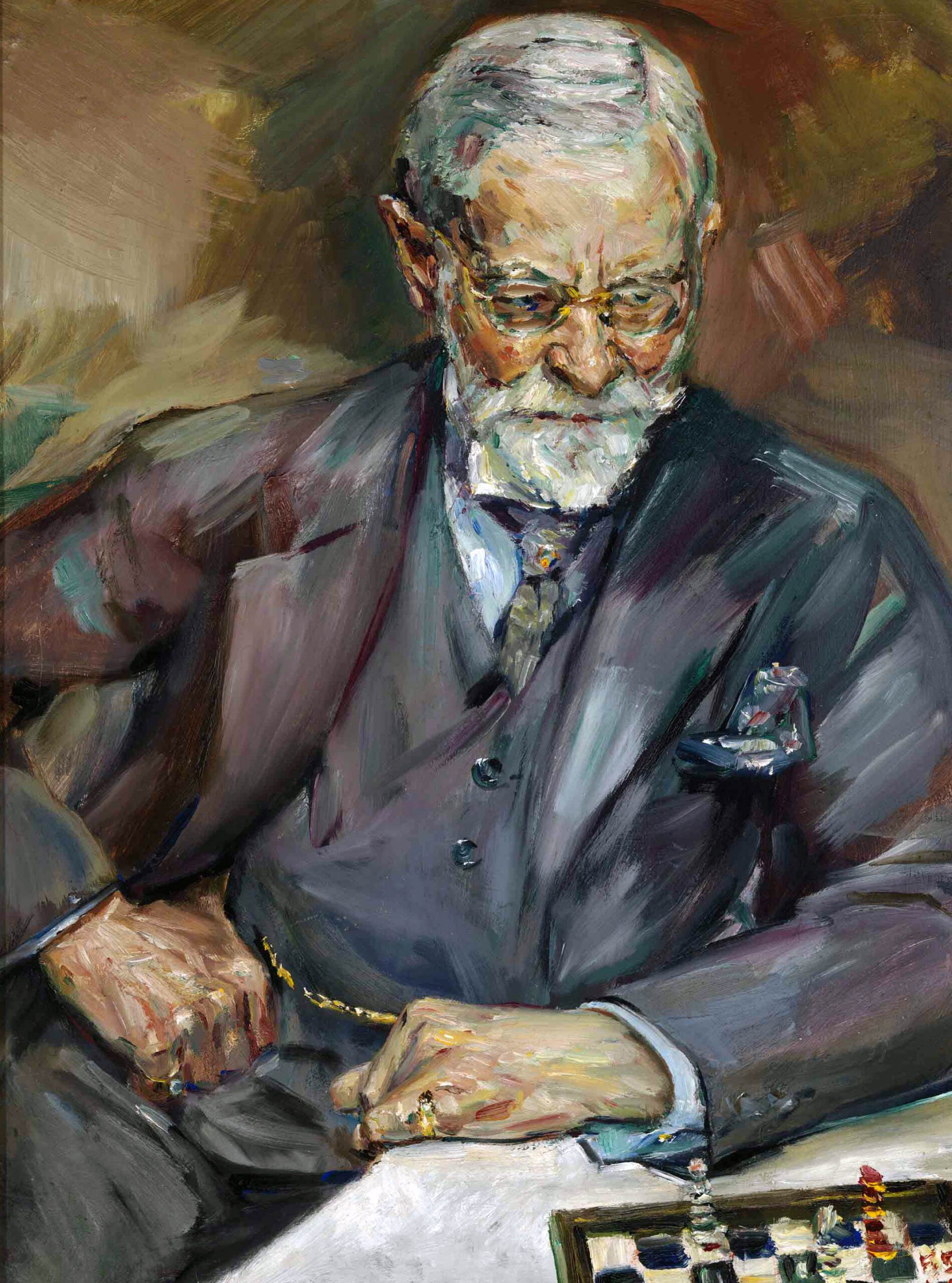 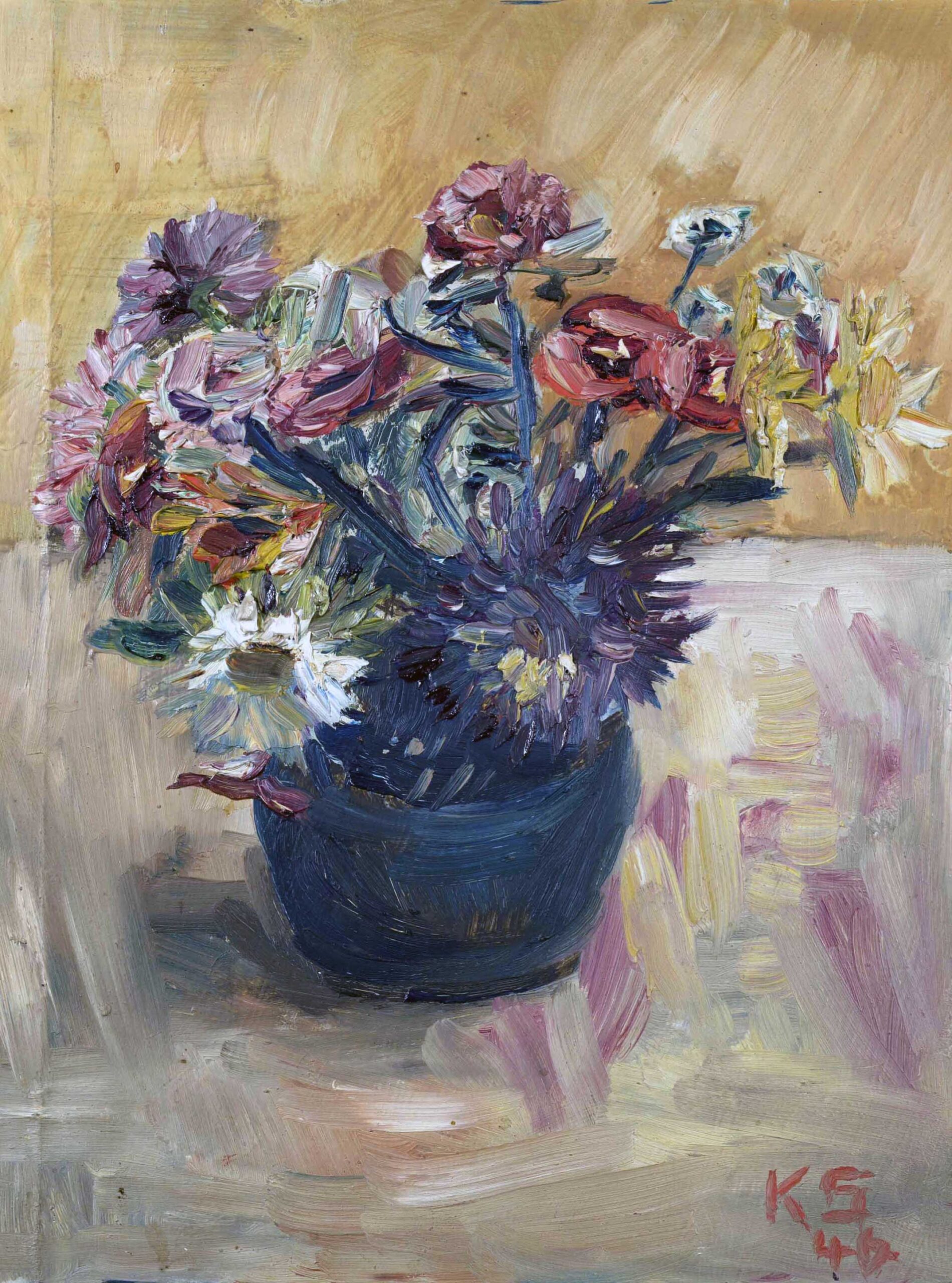 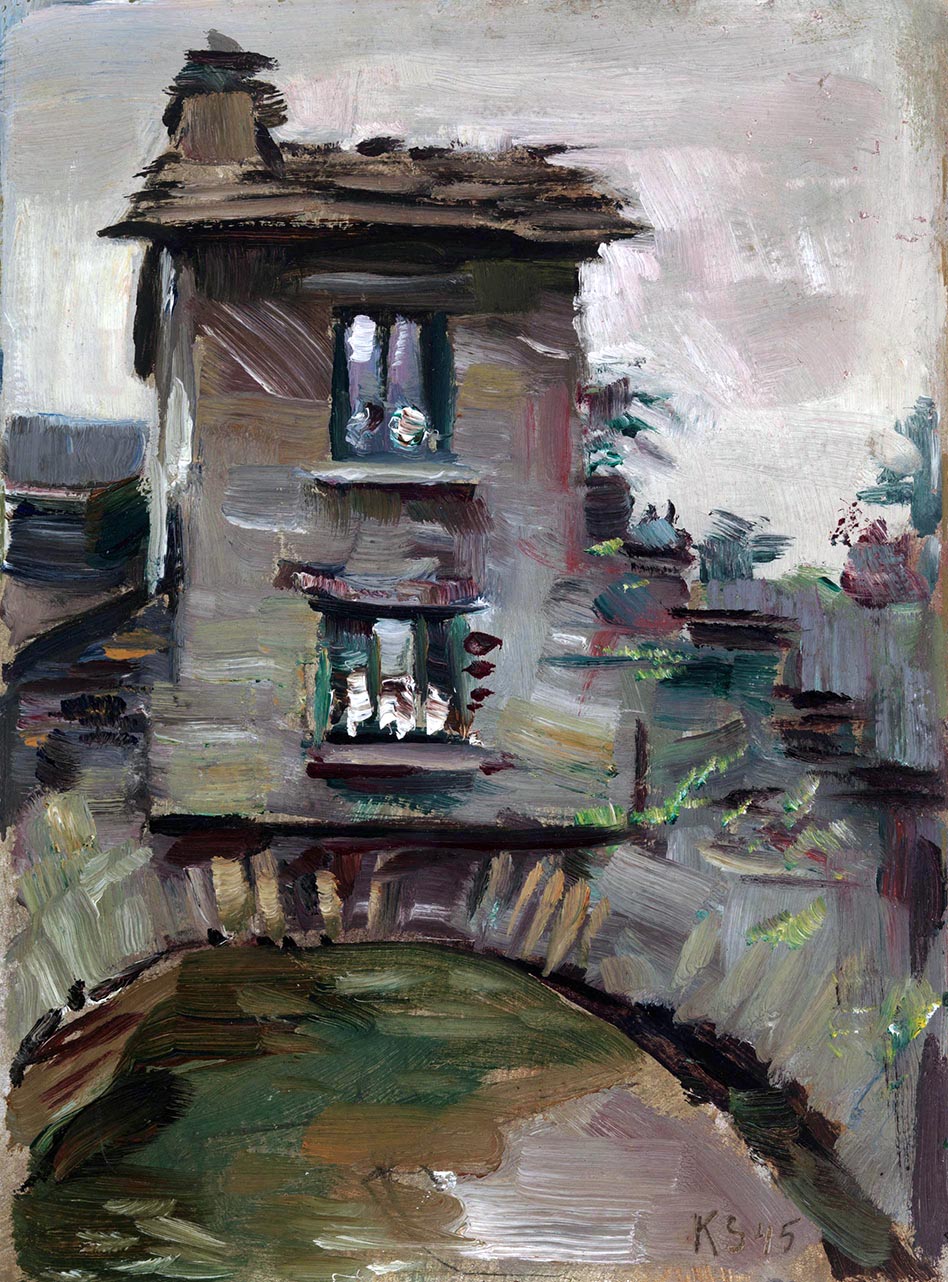 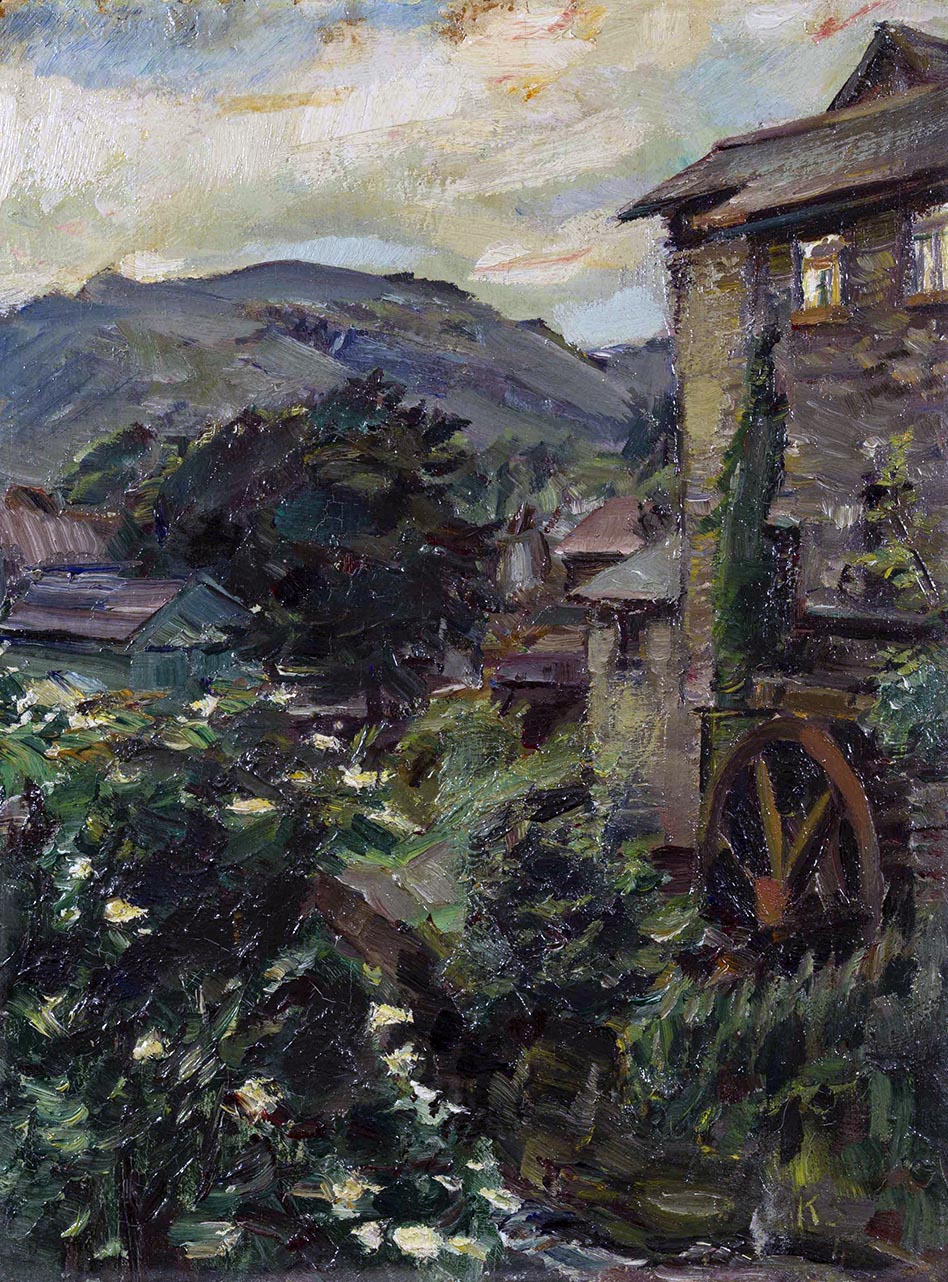