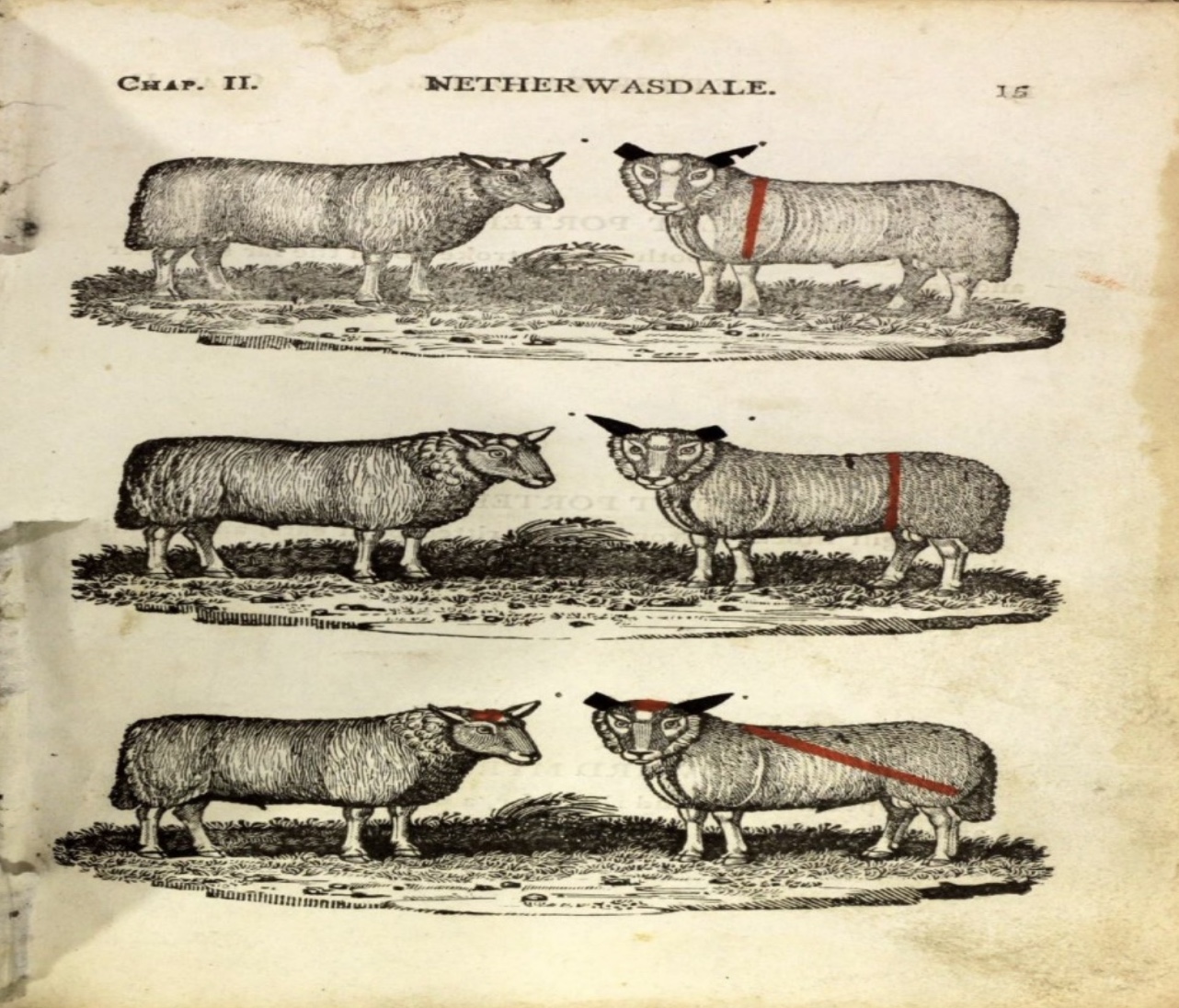 Barry McKay gives his talk on shepherds’ guides in Cumbria. A history of the shepherds’ guides (Smit books) of Cumbria. With some account of the historic importance of sheep on the economic and social life of the lake counties.
The placing of ownership marks on animals dates back to pre-historic times, but it was not until the early nineteenth century that a systematic method of recording them was ‘invented’ by a yeoman farmer of Martindale. This illustrated talk discusses the method he adopted to illustrate the fleece, ear and horn marks of the flocks of sheep in part of Cumbria and traces the great number of revised and updated editions of his ‘Shepherds Guide’ that have appeared for both the Lake District and the Pennines and Yorkshire Dales. The method has, to a degree, also been adopted in parts of Wales and Scotland. In looking at these fascinating books – which are also ‘the ideal bedside book for insomniacs’ – we can learn a great deal about the largest population group in Cumbria: its sheep.

Buy Tickets for this Event

Health Guidelines for this Event

No comments to show.
X