defender of the lakes

RAWNSLEY DEFENDER OF THE LAKES

The Canon Hardwicke Rawnsley exhibition celebrates a prolific author, poet and activist who had an opinion on everything and became known as “Defender of the Lakes”.

He studied under Ruskin at Oxford and went to work in inner city housing projects in London with Octavia Hill, with whom he later co-founded the National Trust. He was involved with the Commons Preservation Society and Open Spaces Society with William Morris. He became Vicar at Wray, near Ambleside, in 1882. He met Beatrix Potter there and was a lifelong friend. His wife Edith Rawnsley is thought by many to be the true driving force behind the creation of a school of “industrial arts”, in Keswick, which served both to employ the unemployed and retain metalworking skills that were under assault from mass production.

While looking at the displays you might like to consider whether there is a difference between Rawnsley’s activism and Potter’s actions, and those of later environmentalists such as Greta Thunberg or the Extinction Rebellion movement? Rawnsley was a challenger and promoter of mass trespass and practical doer, but above all a pragmatist.

Can we compare a mass trespass on Latrigg with Extinction Rebellion’s “This land is our land” mass trespass project?
Can we compare their ideas that the world is in conflict between those that would exploit the planet for profit or preserve it, with Canon Rawnsley and Octavia Hill who sought to preserve common land for future generations and give effect in John Ruskin’s ideas more than a century ago?

Thanks go to Arts Council England for funding this exhibition, Price Walker Antiques of Keswick for object loans, Michael Allen for the video on Rawnsley, Rosalind Rawnsley for research and information on her great grandfather, HDR, and Maurice George for the accompanying booklet. 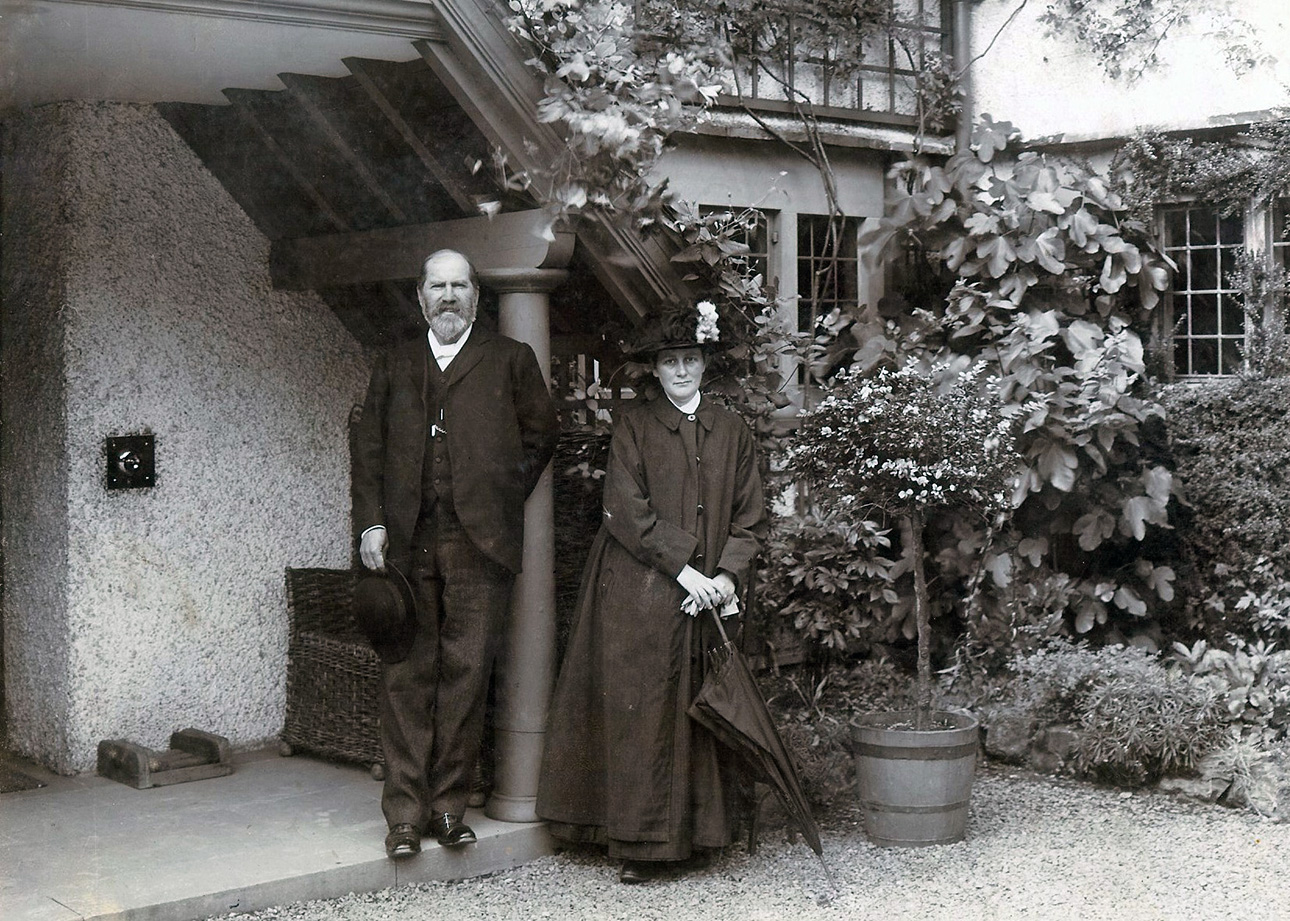 His Lake District campaigns brought Rawnsley into contact with many influential figures and, with fellow open space campaigners Robert Hunter and Octavia Hill, he began to discuss the need for a national body which could hold land and thus put it beyond risk of development – something which other conservation bodies could not do.

Discussions led in 1895 to the establishment of The National Trust for Places of Historic Interest or Natural Beauty. 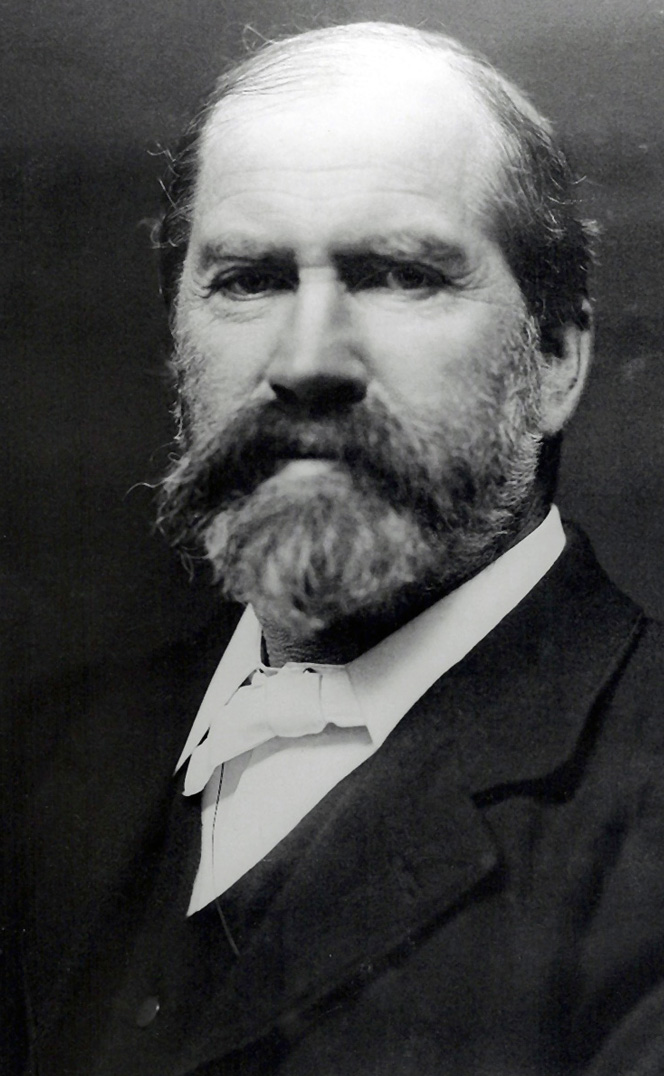 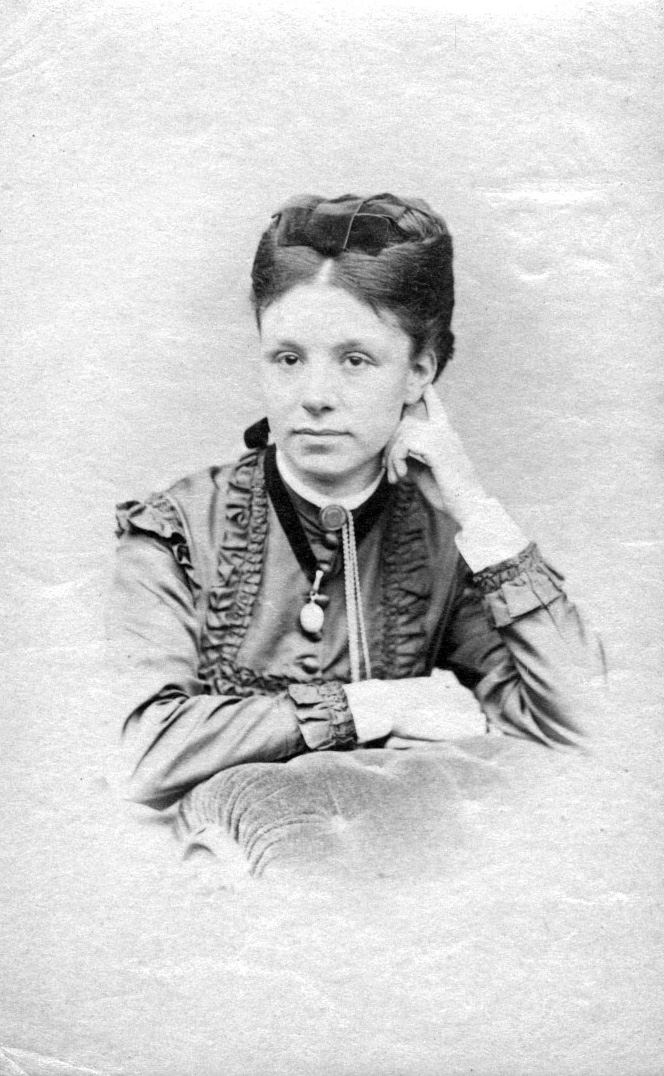 Edith Fletcher married Hardwicke Rawnsley on 29 January 1878 and soon became very involved with local affairs. She threw herself into her life as a vicar’s wife and met with many different and engaging people. Together, they were members of the local St Johns Ambulance committee, raised funds to support the Stock Ghyll Falls campaign, set up the Keswick School of Industrial Art, along with many other philanthropic initiatives. Sadly, Edith died in 1916, leaving Hardwicke devasted, especially as he was too ill to attend her funeral. Her will to work and support the local area is still an important part of Hardwicke’s own story and she left a lasting impact on his life.

“Thank you for your welcome to the Rawnsley exhibition – it was very interesting and enjoyable. We wish The Armitt a successful season and hope that your display will stimulate further interest in the man who was so influential to the Lake District.”

“The exhibition occupies the upstairs library room and the bulk of the information pertaining to Rawnsley’s life is imparted via a video presentation – this is very thorough… What resonated strongly [from the exhibition] was learning of Rawnsley’s wide-ranging interests, together with his passion for all aspects of Lake District life, with all its traditions and uniqueness, and hearing those echoing so clearly in what we know of Beatrix’s own interests and views on conservation.”

DEFENDER OF THE LAKES

Friends of the Armitt Free

The Armitt is an independent trust and charity so relies on admissions and donations to continue to open for the benefit of all. If you’d like to support us further, please consider making a donation here.